A LAAMP kick-off event has been successfully hosted by the 24th Congress and General Assembly of the IUCr in Hyderabad. 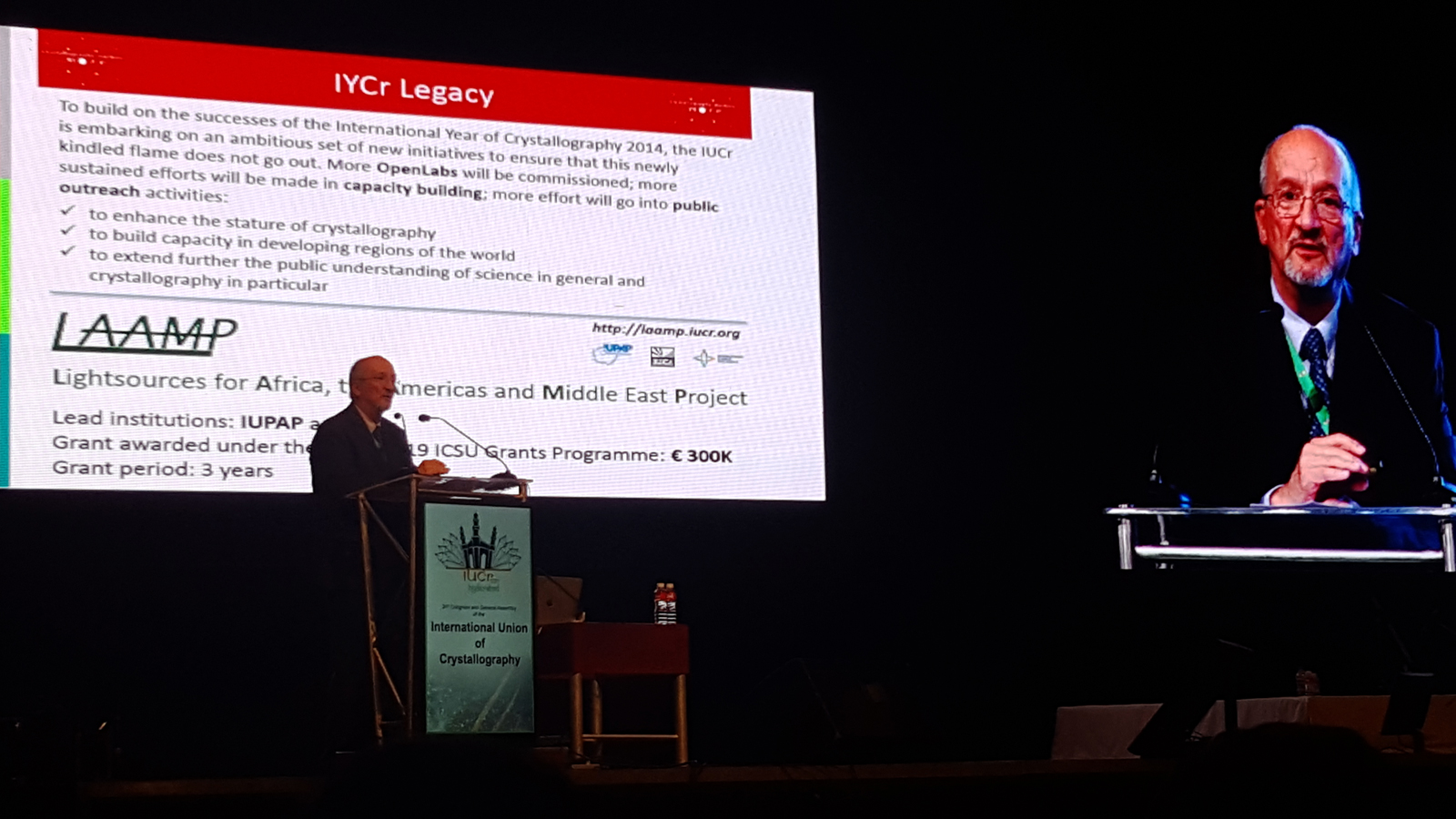 The first kick-off event of LAAMP was held during the IUCr Congress and General Assembly in Hyderabad, India. The meeting was opened by IUCr President, Prof. Marvin L. Hackert, and chaired by LAAMP EC members Michele Zema (for IUCr) and Sandro Scandolo (for IUPAP), with over 40 in attendance.

LAAMP was also announced by the IUCr President during the Opening Ceremony of the Congress to an audience of over 1500 delegates.

The programme and a photo gallery of the event can be found here.